Correlation of the DSSCs performance with the fast and ultrafast processes.

Optimization of DSSCs performance based on its time-resolved working scheme.

The increasing global energy consumption and the simultaneous non-renewable resources depletion with their rising contamination levels, make the present energy scenario unsustainable. Among all the renewable energies, the sun's energy through its direct conversion into electricity is one of the best alternatives. In particular, since 1991 dye-sensitized solar cells (DSSCs) have attracted considerable interest from the scientific and commercial communities due to their promising characteristics as solar light converters. Nevertheless, even though there have been many efforts to increase the photoconversion efficiency through the photovoltaic parameters improvement using novel materials and device construction approaches, the efficiency and stability are still open challenges. On this regard, several approaches and techniques are being used to analyze the dependence of the overall efficiency on these parameters. In particular, the fast and ultrafast time-resolved spectroscopy techniques have provided advances towards unraveling the rate constants and quantum yields of the individual processes taking place in sensitized films in air as well as in complete DSSCs. Thus, the aim of this review is to discuss the main recent findings and the importance of the application of these techniques to understand why certain complete DSSC configurations have been more successful than others in terms of good sunlight conversion efficiencies, as well as to draw the basic guidelines on how to make further improvements in DSSCs. We firmly believe that new advances in this research area using ultrafast laser-based spectroscopy will not only help to discover fundamental and yet unknown information about these devices, but will also have impact on related topics like photocatalysis and photonics, supporting both technologies’ development and contributing to the growth of the fundamental knowledge on interactions among photons, electrons and materials. 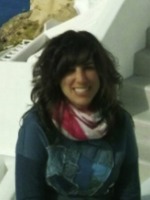 Cristina Martin received her Bachelor degree in Chemistry from the University Complutense of Madrid (UCM) in 2009. In 2010, she got her Master's degree at the University of Castilla-la Mancha (UCLM), and in 2014, she obtained her PhD degree (under the supervision of Prof. Abderrazzak Douhal and Dr. Boiko Cohen) in Nanoscience and Nanotechnology at the same University. After that, she was a postdoctoral student in the same group and recently she moved to Belgium as FWO Fellow in Prof. Johan Hofkens’ group at KU Leuven. Her research interest is focused on the application of different time-resolved and single-molecule spectroscopic tools in order to understand fast and ultrafast processes in materials science. 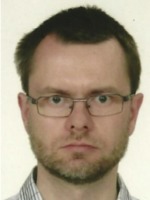 Marcin Ziółek is currently an Associate Professor at the Faculty of Physics, Adam Mickiewicz University (AMU) in Poznań, Poland. His first scientific topics were femtosecond pump-probe spectroscopy, ultrashort pulse propagation and supercontinuum generation. After completing his PhD degree (in 2003 at AMU) he started to study excited state proton transfer process and photochromism phenomena. From 2009 to 2011 he was a postdoc in the group of Prof. Abderrazzak Douhal at Universidad de Castilla La Mancha in Toledo, Spain, under the Marie Curie Fellowship. From that time, his scientific interest evolved towards dye-sensitized solar cells, especially studied by time-resolved laser spectroscopy techniques. In 2013 he completed his habilitation degree at AMU. 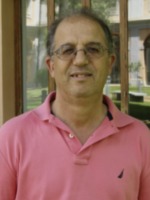 Abderrazzak Douhal, a Professor of physical chemistry at the University of Castilla La Mancha (UCLM, Toledo), has received his M.Sc. and Ph.D. degrees in chemistry from University of Kadi Ayyad (Marrakech). From 1986 to 1990, he worked at the Institute of Physical Chemistry “ocasolano” of CSIC (Madrid). During 1990–1992, he was a post-doctoral student fellow at the Institute for Molecular Science (Okazaki, Japan). In 1992, he worked as a researcher associate at Laboratoire de Photophysique Moléculaire (University of Paris-Sud/CNRS, France). In 1993, he joined the UCLM as an associate professor, and since 1998 he is a full professor of physical chemistry at the same university. He was a visiting researcher at California Institute of Technology in several periods of 1995–2000, working in Prof. Ahmed H. Zewail group. Since 1998, he is heading the Femtoscience and Microscopy research group at the Faculty of Environmental and Biochemistry Sciences, and INAMOL at UCLM. His present research is devoted to study molecular events in solar cells, condensed phase, and in nanosystems, using ultrafast techniques and single molecule fluorescence microscopy.